Rebecca Romijn is an American television and movie actress and former model. She is best known for her role as Mystique in the X-Men film trilogy, and Joan in the 2004 film The Punisher. She also played the leading role in Pepper Dennis, a short-lived TV series on The WB Television Network and had a recurring role in the television series Ugly Betty. She played the character Eve Baird in The Librarians. Her other well-known films and television include, Lake City, Rollerball, Just Shoot Me, Eastwick and King & Maxwell. Born Rebecca Alie Romijn on November 6, 1972 in Berkeley, California, to parents Elizabeth Kuizenga and Jaap Romijn, her father is a native of Barneveld, in the Netherlands, and her mother is a third-generation Dutch American. She attended the University of California in Santa Cruz but dropped out to pursue her modeling career. She began her modeling career in 1991. She has appeared on the cover of fashion magazines such as Elle, Marie Claire, Cosmopolitan, Allure, Glamour, GQ, Esquire and Sports Illustrated. Apart from that she has also modeled, including ad campaigns for J. Crew, Victoria’s Secret, bebe, La Senza, Dillard’s, Pantene, Got Milk?, Escada, Christian Dior, La Perla, Tommy Hilfiger, Furla, Liz Claiborne, Miller Lite, and Maybelline. She has been married to actor Jerry O’Connell since July 14, 2007. Together they have twin daughters, Dolly and Charlie. She was previously married to actor John Stamos. 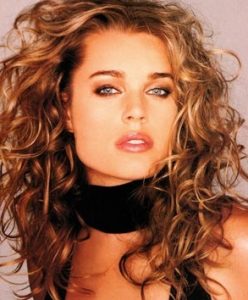