Richard Meiz is an Italian musician, best known as the drummer of the Italian gothic metal band Lacuna Coil. The band won the 2012 Metal Female Voices Fest Award for the Best Album, the 2016 Metal Hammer Award for the Best International Band, and the 2018 Metal Hammer Golden Gods Award for Best Live Act. The band released the album Black Anima in October 2019, containing the singles “Layers of Time”, “Reckless” and “Save Me”. He was also part of Italian symphonic death metal band, Genus Ordinis Dei. 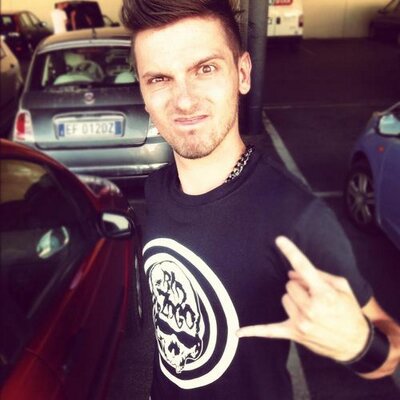 Richard Meiz Facts:
*He was born on December 10, 1989 in Crema, Italy.
*He started listening to music at the age of 10.
*At the age of 14, Meiz bought his first drum kit and started to study with a local drum teacher.
*He cites Mike Portnoy, Matt Halpern, John Bonham, Thomas Lang as big influences.
*Follow him on Instagram.