Riker Lynch is an American singer and actor who had a recurring role as Jeff Sterling on Fox’s musical comedy-drama series Glee from 2010 to 2013. He is also known for being a former member of the American pop rock family band R5 alongside his brothers Rocky, Ross, and Ryland and sister Rydel and their best friend, Ellington Ratliff. Born Riker Anthony Lynch on November 8, 1991 in Littleton, Colorado, to parents Stormie and Mark Lynch, he is the oldest of five children. At age 3, Lynch started singing and starred in stage productions of Peter Pan and Annie Get Your Gun. In September 2019, he married dancer Savannah Latimer. 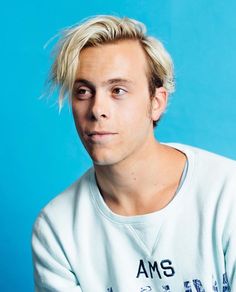 Riker Lynch Facts:
*He was born on November 8, 1991 in Littleton, Colorado, USA.
*His ancestry includes English, German, Irish, 1/16th Danish, and partly French, Welsh, and Scottish.
*He started singing at the age of 3.
*He is the second cousin of dancers Derek Hough and Julianne Hough.
*He plays guitar, drums, and piano.
*Visit his band’s official website: www.rikerlynch.com
*Follow him on Twitter, Facebook and Instagram.