Robert Duncan McNeill is an American actor, director, and producer. He is best known for his portrayal of Lieutenant Tom Paris on the television series Star Trek: Voyager McNeill’s other notable TV shows and movies appearances include: All My Children, Masters of the Universe, The Twilight Zone, L.A. Law, Sisters, Murder, She Wrote, The Outer Limits, Crossing Jordan, Lucky Chances, Homefront, Going to Extremes, Mothers, Daughters and Lovers, Spies, One More Mountain, and Infested. As a director, he made his debut on Star Trek: Voyager and continued on shows such as Dawson’s Creek, The Battery, 9mm of Love, Star Trek: Enterprise, and Dead Like Me. He was also an executive producer and frequent director of the television series Chuck. Born on November 9, 1964 in Raleigh, North Carolina, USA, Robbie grew up in Washington, D.C. until his family finally settled down in Atlanta, Georgia. Following his high school graduation, Robbie moved to New York City and enrolled at Juilliard where he spent two years studying the trade. His first acting role was as a Munchkin in a dance studio production of The Wizard of Oz. He married Carol Seder on May 13, 2000, and the couple had three children before getting divorced in October 2015. 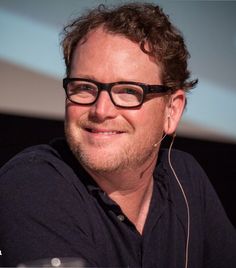 Robert Duncan McNeill Facts:
*He was born on November 9, 1964 in Raleigh, North Carolina, USA.
*He was raised in Washington, D.C. and Atlanta, Georgia.
*He was a student at Juilliard School in New York City.
*He co-founded Reel Play Productions, a theatre group for inner-city children in New York.
*He won Dramalogue Award for Best Actor as Romeo in Ford Theatre production of Romeo and Juliet.
*Visit his official website: www.rdmdirector.com