Roberto Bautista Agut is a Spanish professional tennis player who achieved a career-high singles ranking of World No. 13 on October 17, 2016. He has won nine ATP singles titles (9–7 in finals), the biggest being the 2018 Dubai Duty Free Championship, an ATP 500 tournament. He reached his first Grand Slam semi-final at the 2019 Wimbledon Championships. Born on April 14, 1988 in Castellón de la Plana, Spain, to parents Ester Agut and Joaquin Bautista, he started playing tennis at the age of five. He played football for Villarreal C.F. until he was 14. Growing up, his idols were Juan Carlos Ferrero and David Ferrer. 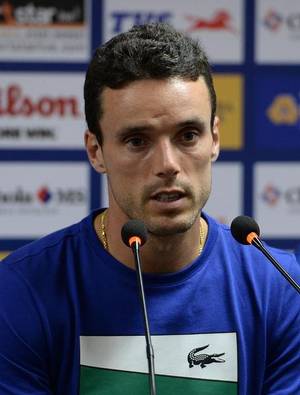 Roberto Bautista Agut Facts:
*He was born on April 14, 1988 in Castellón de la Plana, Spain.
*He began playing tennis at age 5.
*He turned professional in 2005.
*He reached the semifinals at the 2019 Wimbledon Championships.
*He supports football teams C.D. Castellon And Villarreal C.F.
*He enjoys horseback riding and owns seven horses.
*His favourite shot is his forehand.
*Visit his official website: www.robertobautista.com
*Follow him on Twitter, Facebook and Instagram.