Robin Roberts is an American television broadcaster, best known as the anchor of ABC’s Good Morning America. She was a sportscaster on ESPN for 15 years (1990–2005). Previously, Robin was a sports anchor for local TV and radio stations such as WDAM-TV (1983), WLOX-TV (1984-1986), and an anchor and reporter for WSMV-TV (1986-1988). As an actress, Robin has appeared in TV series such as Last Man Standing, Nashville, Empire, and For The People, and in movies Pitch Perfect 2, and provied her voice to a character of Robin Roberts in the The Lego Ninjago Movie. Born Robin Rene Roberts on November 23, 1960 in Tuskegee, Alabama, to parents Lucimarian and Lawrence E. Roberts, Robin is the youngest child in her family alongside her two sisters and one brother. After graduating from Pass Christian High School, Robin attended Southeastern Louisiana University, where she earned a degree in communications in 1983. She has been in a relationship with Amber Laign since 2005. 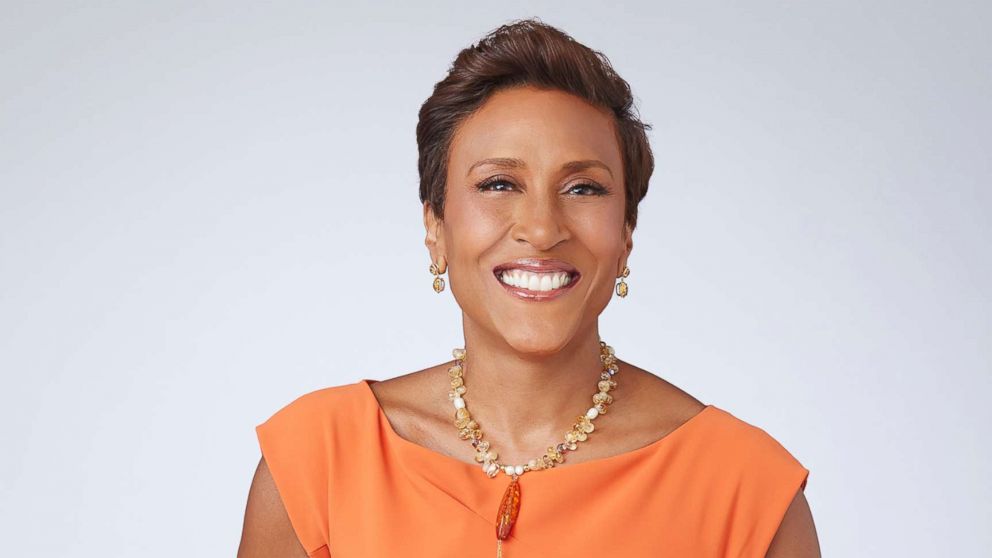 Robin Roberts Facts:
*She was born on November 23, 1960 in Tuskegee, Alabama, and grew up in Pass Christian, Mississippi.
*She is of African-American descent. © celebsfacts.com
*Growing up, she played basketball and tennis, among other sports.
*She graduated in 1983 from the Southeastern Louisiana University.
*She was a sports anchor and reporter for WAGA-TV (1988-1990).
*She briefly worked as a radio host for the V-103 radio station in 1990.
*In 2005, Robin became co-anchor on Good Morning America.
*She was inducted into the Women’s Basketball Hall of Fame in 2012.
*In 2014, Robin won the Walter Cronkite Award for “Excellence in Journalism”.
*She was inducted into the Sports Broadcasting Hall of Fame as the class of 2016.
*Visit her official website: www.rocknrobin.tv/robin-roberts
*Follow her on Twitter, Facebook and Instagram.