Show Lo is a Taiwanese singer, actor and television host, best known for his trademark dance music and comedic talent. After winning a singing and dancing competition, Lo debuted as a member of Taiwanese boy group in 1996. He released his debut Mandarin solo studio album Show Time on December 5, 2003. He became the first pop singer to hold a concert in Taipei Arena in 2005, and the first pop singer to hold three concerts within twenty-four hours in Taipei Arena in 2010. Also a television host and entertainer, Lo has been hosting 100% Entertainment since 2001. In 2017, he won the Best Host for a Variety Show Award in the 52nd Golden Bell Awards for 100% Entertainment, with co-host Linda Chien. Show is also notable as a member of the cast for the popular Chinese reality show, Go Fighting!, and as a judge on China’s Produce 101 and Street Dance of China. He has over 65 million followers on Chinese micro-blogging platform Weibo as of November 2020. 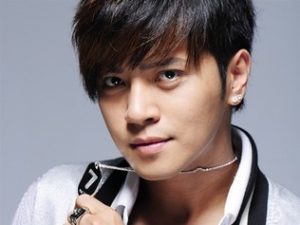