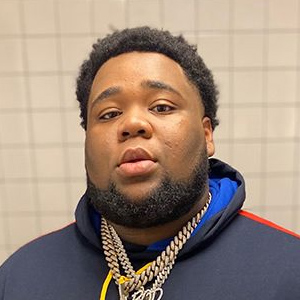 Born Rodarius Marcell Green on August 27, 1998 in St. Petersburg, Florida, he grew up listening to E-40 (who was featured in his song “Calabasas”), Chingy, Boosie Badazz, Kanye West, and Kevin Gates (who would later be featured in his song “Cuban Links”). He is currently in a relationship with the mother of his 2 twin daughters, Kelsey H.

Rod Wave Facts:
*He was born on August 27, 1998 in St. Petersburg, Florida, USA.
*He was educated at Lakewood High School.
*He began his career in 2018.
*His first mixtape, Rookie of the Year, was released on Hit House Entertainment in 2017.
*His debut album, Ghetto Gospel was released on November 1, 2019, and peaked at number 10 on the US Billboard 200.
*His family is often the subject of his lyrics.
*Visit his official website:
*Follow him on Twitter, SoundCloud, YouTube, Facebook and Instagram.