Rohini Hattangadi is an Indian actress of films, television and theatre. Her notable works include Gandhi, Arth, Char Divas Sasuche, Party, Ghar Ki Lakshmi Betiyann, Saaransh, Honar Sun Me Hya Gharchi, Bhavna, Agneepath, and Pukar. Throughout her career, Rohini has won two Filmfare Awards, one National Film Award, and is the only Indian actress to win the BAFTA Award for Best Actress in a Supporting Role for her performance as Kasturba Gandhi in Gandhi. 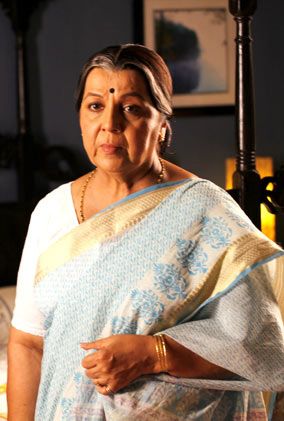 Born Rohini Oak on April 11, 1951 in Pune, India, her father, Anant Oak, was an actor and theatre director. Rohini completed her schooling from Renuka Swaroop Memorial Girls High School, Pune in 1966, and was an alumna of the National School of Drama of New Delhi. She was married to Jaidev Hattangadi from 1977 to 2008 (his death). Their son, Aseem Hattangadi, is a theatre actor and acted in Badal Sircar’s play, Evam Indrajit, directed by his father. 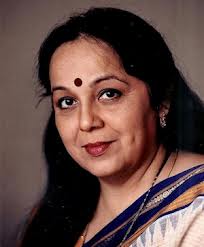 Rohini Hattangadi Facts:
*She was born on April 11, 1951 in Pune, India.
*She received training in Indian classical dance forms, Kathakali and Bharatnatyam for more than eight years, under the guidance of Professor Surendra Wadgaonkar.
*She started her career with Marathi stage.
*She made her film debut with Saeed Akhtar Mirza’s Arvind Desai Ki Ajeeb Dastaan in 1978.
*She is the first woman to act in Kannada play Yakshagana, a folk play directed by K. Shivaram Karanth, and is the first woman in Asia to act in a Japanese Kabuki play, Ibaragi, directed by Shozo Sato, a Japanese director.
*Her husband, Jaydev Hattangadi, died on December 5, 2008, aged 60, after a battle with cancer.