Rola Saad is a pop singer and model from Beirut, Lebanon. She is known for her collaboration with Lebanese singer Sabah. Her debut album, Aala Da Elhal, was released in 2004. Her song “Yana Yana” became a success in 2006, topping sales charts. Rola was born as Rola Youssef Saad in Beirut, Lebanon, to a Christian Maronite. She was an orphan as a child and had to live with her grandmother and uncle. 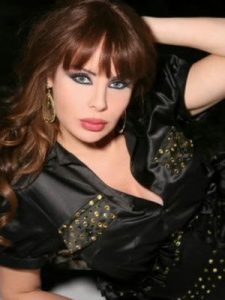 Rola Saad Facts:
*She was an orphan as a child.
*Her father died when she was only five months.
*She was raised by her grandmother in Tannourine, Lebanon.
*She emerged in the mid-2000s.
*Follow her on Twitter, Facebook and Instagram.