Nawaz Sharif is a Pakistani politician and businessman. He served as the Prime Minister of Pakistan from 1990 to 1993, from 1997 to 1999 and again from 2013 to 2017. He is the current President of Pakistan Muslim League (N). He was born as Mian Muhammad Nawaz Sharif on 25 December 1949 in Lahore, Pakistan. He belongs to Punjabis of Kashmiri origin. His father Muhammad Sharif was an industrialist and businessman. His parents had migrated to Lahore from Amritsar in 1947 following the partition of India. His father founded the Ittefaq Group of industries. He has been married to Kalsoom Nawaz Sharif since 1970. They have four children: Maryam, Asma, Hassan, and Hussain. 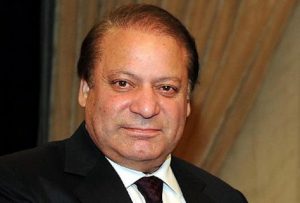 Nawaz Sharif Education: (LLB)
He attended the Saint Anthony High School.
He graduated with a degree in art and business from the Government College University.
He earned a law degree from the University of Punjab.

Nawaz Sharif Facts:
*He belongs to Punjabis of Kashmiri origin.
*He served as the Chief Minister of Punjab from 1985 to 1990.
*Chairman of Punjab University.
*He owns Ittifaq Group.
*Follow Nawaz on Facebook.