Willie Garson is a film and television actor famous for playing Stanford Blatch in HBO’s Sex and the City. He is also known for his role as Mozzie in White Collar (2009-2014). Garson was born on February 20, 1964 as William Garson Paszamant in Highland Park, New Jersey, USA. He adopted a seven-year-old son, Nathan in 2009. 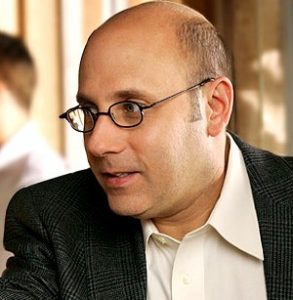 Willie Garson Education:
He attended and graduated from Highland Park High School in 1982.
He earned him a theater degree from Wesleyan University and also attended Yale Drama School.

Willie Garson Facts:
*He was born on February 20, 1964 on Highland Park, New Jersey, USA.
*He adopted a boy named Nathan in 2009.
*He has been close friends with Sarah Jessica Parker for over 15 years
*Follow him on Twitter and Facebook.

“‘Sex and The City’ had very strong gag orders as to what we could say and not say.” – Willie Garson