Ronan Farrow is an American activist, journalist, lawyer, and former U.S. government advisor. He hosted Ronan Farrow Daily from 2014 to 2015. He has also hosted many other TV programs and shows aired on NBC, including ‘Morning Joe’, ‘Today Show’ and ‘Nightly News’. In 2012, Forbes Magazine ranked him #1 in Law and Policy on their 30 Under 30 most influential people list. Born Satchel Ronan O’Sullivan Farrow on December 19, 1987 in New York City, New York, USA, to actress Mia Farrow and film director Woody Allen, he belongs to Ashkenazi Jewish, English, Irish and Scottish descent. He studied at Bard College at Simon’s Rock. Then he transferred to Bard College and received Bachelor of Arts degree in philosophy at only 15 years old. He also received Law degree from Yale Law School. 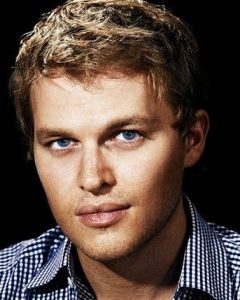 Ronan Farrow Facts:
*He is the son of director, writer, and actor Woody Allen and actress Mia Farrow.
*He was accepted into Yale Law School when he was only 15.
*He graduated Yale Law School at 21.
*He was a spokesman for Unicef in Africa as a teenager.
*He was named on Vanity Fair magazine’s International Best-Dressed list.
*Follow him on Twitter, Facebook and Instagram.