Rowan Atkinson is an English actor, comedian, and screenwriter, best known for his work on the sitcoms Mr. Bean and Blackadder. He has also appeared in the films Love Actually, Never Say Never Again, Four Weddings and a Funeral and Johnny English. He voiced the character Zazu in the 1994 Disney classic The Lion King. Atkinson’s other notable works include Not the Nine O’Clock News, Maigret, The Secret Policeman’s Ball, Handy Bean, The Thin Blue Line, Bean and Mr. Bean’s Holiday. He has been listed in The Observer as one of the 50 funniest actors in British comedy, and among the top 50 comedians ever, in a 2005 poll of fellow comedians. 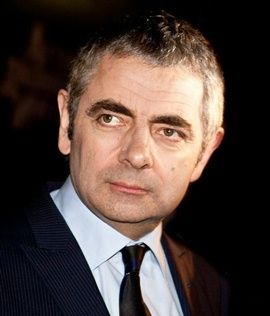 Born Rowan Sebastian Atkinson on January 6, 1955 in Consett, United Kingdom, to parents Ella May (Bainbridge) and Eric Atkinson, his father owned a farm, where Atkinson grew up with his two older brothers, Rodney and Rupert. He was educated at Durham Choristers School, a preparatory school, and then at St Bees School. He earned a degree in electrical engineering from the University of Oxford. Atkinson first came to prominence after being cast in the BBC sketch comedy show Not the Nine O’Clock News, receiving the 1981 BAFTA for Best Entertainment Performance, and via his participation in The Secret Policeman’s Ball. He was married to makeup artist Sunetra Sastry from 1990 to 2015. Since 2014, Atkinson is in a relationship with Louise Ford.

Rowan Atkinson Facts:
*He was born on January 6, 1955 in Consett, United Kingdom.
*His childhood influences included Peter Sellers and Charlie Chaplin.
*He wrote for and starred in the BBC’s Not the Nine O’clock News.
*He often plays authority characters.
*He was listed in The Observer as one of the 50 funniest actors in British comedy in 2007.
*He was appointed a CBE in the 2013 Birthday Honours for services to drama and charity.
*Visit his official website: www.mrbean.com
*Follow him on Twitter, Facebook and YouTube.