Ruth Badger is a British businesswoman and reality TV personality, best known as the 2006 runner-up in the second series of the UK version of reality TV show The Apprentice. She has also hosted her own television show, Badger or Bust, and done various other TV work. Ruth worked as a senior management executive for Compass Finance before appearing on The Apprentice. She also played a major role in the flotation of the business on the Stock Market in 2004, and has four years of executive board level management experience. 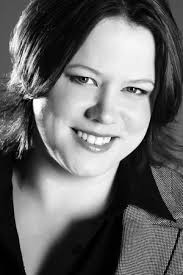 Ruth Badger Facts:
*She was born in March 1978 in Wolverhampton, United Kingdom.
*She left school at 16 with three GCSEs.
*She took part in the two series of The Apprentice.
*She won the outstanding Editors Choice Award for Cosmopolitan, for the Fun, Fearless, Female Awards in 2006.
*She is an Ambassador for Compton Hospice in the Midlands and for Young Enterprise North West.
*She is openly lesbian.
*She is a supporter of English club Arsenal Football Club.
*Visit her official website: www.ruthbadger.com
*Follow her on Twitter.