Simon Ambrose is a British internet entrepreneur, TV actor and reality television personality who won the third series of the UK version of reality TV show The Apprentice. As the winner he was assigned a role at Sugar’s property company Amsprop. Prior to appearing on The Apprentice, Simon Ambrose worked for investment bank Credit Suisse in London and then ran his own Internet shopping business. Born in London, United Kingdom, he is the son of businessman Russell Ambrose, who founded and still owns Optimax, a chain of laser eye surgery clinics in the UK. Ambrose did his schooling from Westminster School and graduated from Magdalene College, Cambridge, with a BA in Economics. 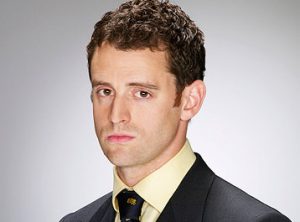 Simon Ambrose Facts:
*He was born in 1980 in London, United Kingdom.
*At age 13, he became a member of the IQ society MENSA.
*He graduated from Cambridge University with a degree in Economics.
*He became the first Apprentice winner to also be a TV Actor in 2007.
*Other candidates were Kristina Grimes (Runner-up), Katie Hopkins, Tre Azam, Lohit Kalburgi, Naomi Lay, Jadine Johnson, Ghazal Asif, Adam Hosker, Paul Callaghan, Natalie Wood, Sophie Kain, Gerri Blackwood, Rory Laing, Iftikhar “Ifti” Chaudhri, and Andy Jackson.
*He is the chairman of the London Contemporary Orchestra.
*Visit his official website: www.simonambrose.com
*Follow him on Twitter and Instagram.