Ryan Sheckler is an American professional skateboarder and entrepreneur who took the gold metal at the 2003 X Games for the street course, beating out Eric Koston. He placed 1st at the second stop of the Van’s Triple Crown in New Jersey. Sheckler was the star of the MTV-produced reality television series Life of Ryan. Sheckler was named in Fox Weekly’s “15 Most Influential Skateboarders of All-Time” article. He starred in four seasons of the short-format video series Sheckler Sessions on Red Bull TV. 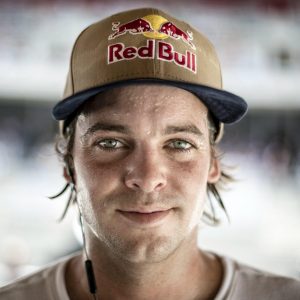 Born Ryan Allen Sheckler on December 30, 1989 in La Palma, California, to parents Gretchen and Randy Sheckler, he is of German, English, Irish, and Austrian descent. He has two brothers, Shane Sheckler and Kane Sheckler. Ryan started skating at 18 months (just rolling around) and started doing tricks at age 6. Sheckler first participated as a competitor in a skateboarding contest in 2002.

Ryan Sheckler Facts:
*He was born on December 30, 1989 in La Palma, California, USA.
*He was the youngest skater to win a pro contest when he competed in the Vancouver Slam City Jam at age 13.
*He placed 1st at the 2004 LG Sports Championship and placed 3rd at Gravity Games in 2004.
*He owns one of five Sobe sponsored Les Paul Gibson guitars.
*His favorite movie is Willy Wonka & the Chocolate Factory (1971).
*He also rides motocross and enjoys golfing.
*He has a skatepark in his backyard.
*He has his last name tattooed across his back.
*Follow him on Twitter, YouTube and Instagram.