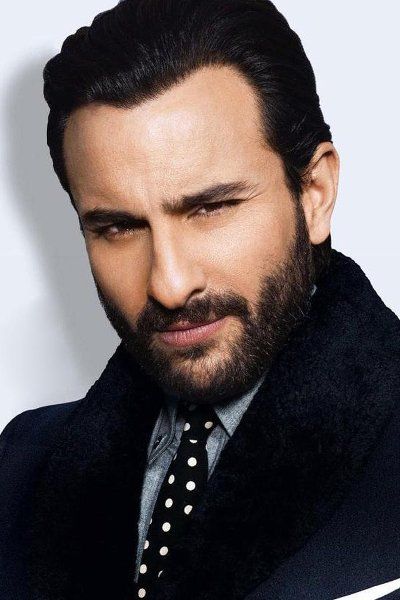 Born Sajid Ali Khan on August 16, 1970 in New Delhi, India, to actress Sharmila Tagore and cricketer Mansoor Ali Khan Pataudi, he is of Pathan descent on his father’s side, and of Bengali descent on his mother’s side. He has two younger sisters, actress Soha Ali Khan and jewelry designer Saba Ali Khan. He married actress Amrita Singh in 1991, and the couple had a son named Ibrahim and a daughter named Sara before getting divorced in 2004. In October 2012, Khan married actress Kareena Kapoor, with whom he has two sons.

Saif Ali Khan Facts:
*He was born on August 16, 1970 in New Delhi, India.
*He is the son of Bollywood actress, Sharmila Tagore, and Indian cricketer, Mansoor Ali Khan.
*He made his debut in Yash Chopra’s drama Parampara (1993).
*He was honored with a Padma Shri award in 2010.
*He was titled 10th Nawab of Pataudi in October 2011 after the death of his father, Mansoor Ali Khan Pataudi.
*From 2010 to 2015, Khan was included by Times of India in their list featuring “Most Desirable Men”.
*He is best friends are Salman Khan, Akshay Kumar, Govinda, Shah Rukh Khan and Mohnish Bahl.
*He had quit smoking after the mild heart attack in February 2007.
*He is fluent in Bengal, Hindi, and English.
*Follow him on Facebook.