Sam Faiers is a British television personality and model. She is best known for appearing as a cast member on the ITV2 reality series The Only Way Is Essex. In 2014, Sam participated in the thirteenth series of Celebrity Big Brother, finishing in fifth place. She has also made guest appearances on chat shows such as Daybreak, This Morning and Loose Women. Born Samantha Elizabeth Faiers on December 31, 1990 in Brentwood, United Kingdom, to parents Suzanne and Lee Faiers, she has an older sister, Billie. She was educated at Shenfield High School in Shenfield, Essex. She has been in a relationship with Paul Knightley, with whom she has two children, Paul and Rosie. 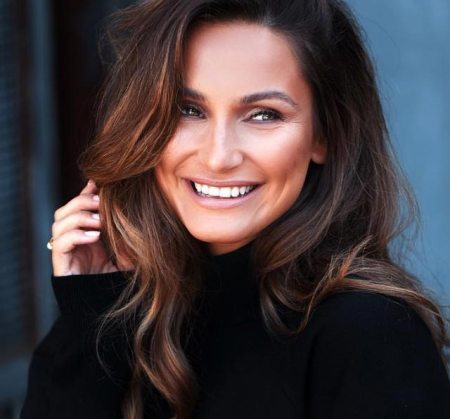 Books: My Baby & Me, Living Life the Essex Way, Secrets and Lies: The Truth Behind the Headlines

Sam Faiers Facts:
*She was born on December 31, 1990 in Brentwood, United Kingdom.
*Her parents separated when she was still young.
*She starred in the ITV2 semi-reality show The Only Way Is Essex from 2010 to 2014.
*She was featured in the music video of Professor Green’s “Monster” in 2010.
*She was diagnosed with Crohn’s disease in February 2014.
*She is a big fan of supermodel Rosie Huntington-Whiteley.
*Follow her on Twitter, YouTube and Instagram.