Sam Sorbo is an American actress, author, and talk radio hostess. She is best known for her dual role as Serena/the Golden Hind (“Hind” is a female red deer) on Hercules: The Legendary Journeys (1995), and for hosting the weekday, syndicated radio program, The Sam Sorbo Show. She also co-hosts Flashpoint Live, a weekly radio news magazine. Sorbo played Dr. Caroline Eggert in the third season of Chicago Hope and alongside Steve Buscemi in Twenty Bucks and Ed and His Dead Mother. She has appeared as a guest-star as Mariah on seaQuest DSV and she acted alongside her husband as Dr. Sara Riley in two episodes of Andromeda. 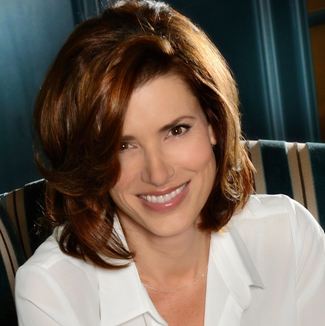 Born Sandra Lynn Jenkins on October 18, 1966 in Pittsburgh, Pennsylvania, Sam attended and graduated in 1985 from Duke University where she studied biomedical engineering. She is married to actor Kevin Sorbo. They have three children together, whom they homeschooled.

Sam Sorbo Facts:
*She was born on October 18, 1966 in Pittsburgh, Pennsylvania, USA.
*She studied Biomedical Engineering at Duke University.
*She played Serena in the television series Hercules: The Legendary Journeys.
*She is the spokesman and chair of A World Fit for Kids!, a non-profit organization that trains teenagers to become mentors to younger children.
*She publicly advocates homeschooling.
*Visit her official website: www.samsorbo.com
*Follow her on Facebook and Instagram.