American singer-songwriter who was member of The Jackson 5 alongside Michael Jackson, Tito Jackson, Marlon Jackson and Jackie Jackson. The group received a star on the Hollywood Walk of Fame in 1980 while being inducted to the Rock and Roll Hall of Fame in 1997 and the Vocal Group Hall of Fame in 1999. Jermaine sang the lead on some of The Jackson Five’s biggest hits and featured in “I’ll Be There” and “I Want You Back” amongst others. He was nominated for a Grammy Award in 1980, and was a housemate in Celebrity Big Brother UK 2007. Jermaine is also notable for producing music by Switch and for recording duets with Whitney Houston. 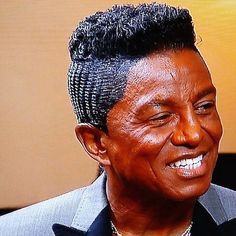 Music Groups: The Jackson 5, The Runners

Jermaine Jackson Facts:
*He was born on December 11, 1954 in Gary, Indiana, USA.
*He is the brother of pop superstars Michael Jackson and Janet Jackson, as well as Rebbie Jackson, Jackie Jackson, La Toya Jackson, Marlon Jackson, Tito Jackson, and Randy Jackson.
*He was the lead singer of the family band, the Jackson Brothers, the early incarnation of The Jackson 5.
*He was raised as a Jehovah’s Witness but converted to Islam in 1989.
*He is friends with Flip Wilson and Barry White.
*Visit his official website: www.jermainejacksonentertainment.com
*Follow him on YouTube.