Sandra Borgmann is a German actress of film and television. She is best known for television roles such as Cora Blitz in Hotel Elfie, Rosalie Butzke in Berlin, Berlin, Claudia König in Die LottoKönige, Sophie Stein in Sibel & Max, and Elisabeth Doppler in Dark. She frequently portrays the villain in TV roles such as in Tatort and Polizeiruf 110. She has also appeared in the films Oi! Warning, The Baader Meinhof Complex, and Das Kleine Gespenst. 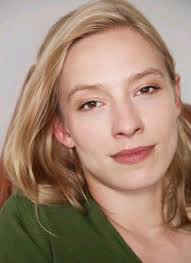 Sandra Borgmann Facts:
*She was born on April 25, 1974 in Mülheim, Germany.
*She studied at the Folkwang Academy from 1994 to 1997.
*She played Elisabeth Doppler in the second season of the Netflix show Dark.
*She has a son.