Scott Porter is an American actor and singer. He is best known for his portrayal of Jason Street in the NBC television drama Friday Night Lights. Prior to joining the cast of Friday Night Lights, Porter played the character of Matthew in the original off-Broadway cast of the musical Altar Boyz. He played the lead role of George Tucker in The CW comedy-drama series Hart of Dixie. Born Matthew Scott Porter on July 14, 1979 in Omaha, Nebraska, to parents Robin and Butch Porter, he has two younger siblings, a sister named Ariana, and a brother, Brendan. He belongs to German, English and Irish descent. He was educated at Lake Howell High School and University of Central Florida. Since 2013, he has been married to Kelsey Mayfield, with whom he has two children. 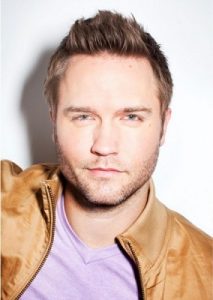 Scott Porter Facts:
*He was born on July 14, 1979 in Omaha, Nebraska, USA.
*He was a wide receiver on the football team while in high school.
*He was a member of the Lambda Chi Alpha fraternity while in the University of Central Florida.
*He is a big comic book fan, especially X-Men comics.
*He was ranked #10 in 2010 and #34 in 2011 in BuddyTV’s 100 Sexiest Men list.
*Follow him on Twitter and Instagram.