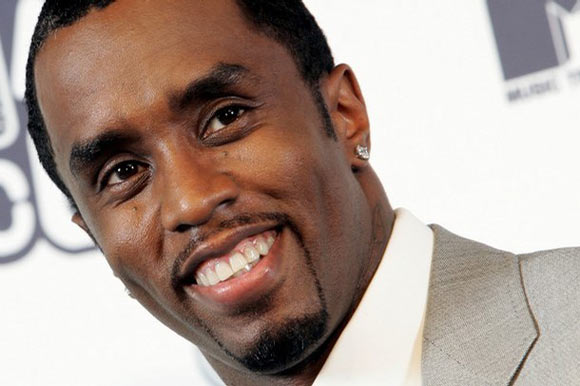 Sean Combs is an American rapper, songwriter, record executive, and entrepreneur. Combs’ debut album, No Way Out (1997), went 7x platinum, and whose song, “I’ll Be Missing You,” became a #1 Billboard hit. The album was followed by Forever (1999), The Saga Continues…, and Press Play, all of which were commercially successful. In 2009, Combs formed the musical group Dirty Money; together, they released their highly successful debut album Last Train to Paris. Forbes magazine ranked him the richest man in hip-hop in 2013. Combs has produced and cultivated artists such as The Notorious B.I.G., Mary J. Blige, and Usher.

Born Sean John Combs on November 4, 1969 in Harlem, New York, to Janice (Smalls), a model and teacher’s assistant, and Melvin Earl Combs, a U.S. Air Force veteran who died when Sean was two as he was a heroin dealer for Frank ‘Country Boy’ Lucas and was killed for being a snitch. Combs graduated from Mount Saint Michael Academy in 1987. He played football for the academy, and his team won a division title in 1986. He was a business major at Howard University but left after his sophomore year. Combs’ solo music career began in 1997 with his first single, “Can’t Nobody Hold Me Down,” which shot to No. 1 on the Billboard Hot 100, quickly followed by a #1 debut album that has gone Platinum seven times.

Sean Combs Facts:
*He was born on November 4, 1969 in Harlem, New York City, and was raised in Mount Vernon.
*His father, Melvin Earl Combs, was shot to death while sitting in his car on Central Park West, when Sean was two years old.
*He was given the nickname “Puff” as a child, because he would “huff and puff” when he was angry.
*He started his career as an intern for the now-defunct Uptown Records.
*From 2007 to 2012, he was a part of the music group, Diddy–Dirty Money.
*He launched his own clothing line Sean John in 1998.
*Forbes estimated his net worth at $740 million in 2019.
*He is the founder and CEO of Combs Enterprises.
*His business hero is Steve Jobs.
*He is friends with The Notorious B.I.G., Busta Rhymes, Lil’ Wayne, Eddie Murphy, Cameron Diaz, Mariah Carey, Ashton Kutcher, and Mark Wahlberg.
*Visit his official website: www.diddy.com
*Follow him on Twitter, YouTube, Facebook and Instagram.