Sean Young is an American actress born in Louisville, Kentucky. She is best known for roles in the films Blade Runner, Dune, No Way Out, Cousins, Wall Street and Ace Ventura: Pet Detective. Sean was born to Lee Guthrie and Donald Young, in Louisville, Kentucky as Mary Sean Young. She has an older brother Donald Young III and a sister Cathleen Young. She belongs to Irish, English, and Swiss-German descent. She married Robert Lujan in 1990, and the couple had two children before getting divorced in 2002. They remarried in 2011. 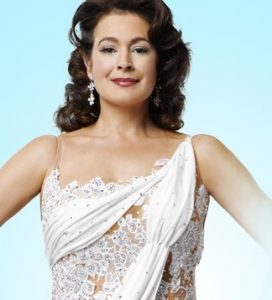 Sean Young Facts:
*She is of Irish, English, and Swiss-German descent.
*Before starting her career in the film industry, she worked as a model and dancer.
*She was replaced by Kim Bassinger in 1989’s Batman.
*In 1990, she formed her own production company named Shonderosa Productions.