Sebastian Rulli is an Argentine actor and model. He is best known for roles such as Santiago Márquez in Pasión, Mauricio Sermeño in Un gancho al corazón, Arturo de la Barrera Azuela in Teresa, Francisco Guzmán in Amores verdaderos, Alejandro Almonte in Lo que la vida me robó and Santiago García / Marcelo Salvaterra in Tres veces Ana. Born Sebastián Óscar Rulli in Buenos Aires, Argentina, on July 6, 1975, Sebastian studied acting in Televisa’s Centro de Educación Artística (CEA). He married Cecilia Galliano in 2007, and the couple had a son named Santiago Rulli Galliano in 2010 before getting divorced in 2011. From September 2014 to September 2016, he was in a relationship with Mexican actress Angelique Boyer. 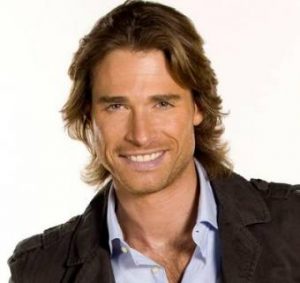 Sebastian Rulli Facts:
*Before becoming an actor, he worked as a model in Millan, Paris, Tokyo, Zurich and Miami.
*He speaks Spanish, and some English and some Italian.
*He was one of the host of the 17th annual Latin Grammy Awards alongside Roselyn Sánchez on November 17, 2016.
*Follow him on Twitter, Facebook and Instagram.