Zoe McLellan is an American actress, known for her performances in television. She is most famous for her portrayal of Petty Officer Jennifer Coates on the hit series JAG, and as Lisa George on ABC’s Dirty Sexy Money. She played Meredith Brody in the CBS series NCIS: New Orleans. She has also made guest appearances in a number of television shows such as Star Trek: Voyager, House, and Royal Pains. She was born Zoe Doran McLellan on November 6, 1974 in La Jolla, California, U.S. to Zachary Vincent McLellan. She belongs to Irish descent. She married actor J.P. Gillain in 2012, and the couple had a son named Sebastian Gillain in 2013 before getting divorced in 2016. 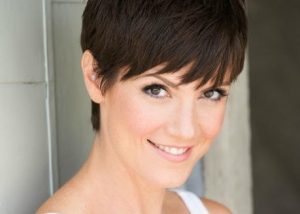 Zoe McLellan Facts:
*She was born in La Jolla, California and grew up in Washington State.
*She was voted as the Homecoming Queen of her high school by her classmates.
*She is a big fan of Katy Perry.
*Follow her on Twitter.