Romanian-American actor who is best known by the public for his role as Bucky Barnes in the film Captain America: The First Avenger. For his performance in the comedy-drama miniseries Political Animals, he received Critics’ Choice Television Award for Best Supporting Actor in a Movie/Miniseries nomination. His other television credits include Kings, Gossip Girl, and Once Upon a Time. He was born in Constanta, Romania on August 13, 1982. He is the only child of his parents. He was previously in a relationship with actress Leighton Meester from 2008 to 2010, and with actress Jennifer Morrison from 2012 to 2013. He began dating actress Margarita Levieva in 2014. 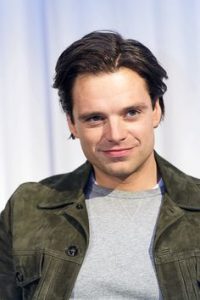 Sebastian Stan Facts:
*He is the only child of his parents.
*At age 8, he moved with his mother to Vienna, Austria, and then to New York when he was 12.
*He did all his own stunts in the 2006 movie The Covenant.
*He is fluent in English and Romanian.
*Follow him on Instagram.