Colleen Ballinger is an American YouTuber, comedian, singer, actor and writer. She is best known for her Internet character Miranda Sings which is a very popular YouTube video series. In 2016, Ballinger began starring as Miranda in the Netflix original series Haters Back Off. She has also appeared in “Comedians in Cars Getting Coffee”, Season 3 of “Escape The Night”, “Ralph Breaks the Internet”, “Angry Birds 2”, and her Netflix Comedy Special “Miranda Sings Live…Your Welcome”. Ballinger has released two best-selling books, written in Miranda’s voice, Selp-Helf and My Diarrhe. 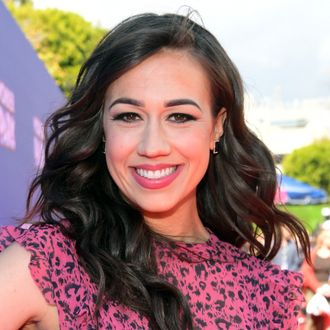 Born Colleen Mae Ballinger on November 21, 1986 in Santa Barbara, California, to parents Gwen and Tim Ballinger, she has two older brothers named Trent and Christopher, and a younger sister named Rachel. Ballinger was homeschooled during middle school, attended San Marcos High School and completed her graduation in 2008 with majors in vocal performance from Azusa Pacific University in California. She married Erik Stocklin in 2018. They have a son named Flynn. In May 2021, she announced that she’s pregnant with twins. She was previously married to fellow YouTuber Joshua David Evans from 2015 to 2016.

Colleen Ballinger Facts:
*She was born on November 21, 1986 in Santa Barbara, California, USA.
*Her father, Tim, is a sales manager, and her mother, Gwen, is a homemaker.
*She started her one-woman comedy act under the character of Miranda Sings in 2009.
*She is very good friends fellow YouTubers Frankie J. Grande and Glozell Green.
*She is close friends with JoJo Siwa.
*She was engaged to Youtuber Joshua David Evans (aka JoshuaDTV) in 2015.
*She has been obsessed with cats since she was young.
*Visit her official website: www.mirandasings.com
*Follow her on Twitter, TikTok, YouTube, Facebook and Instagram.