Shawn Johnson is an American retired artistic gymnast, who won an Olympic gold medal in 2008 in the women’s balance beam as well as silver medals in the team, all-around, and floor competitions. She won three gold medals at the 2007 World Championships, four at the 2007 Pan American Games, and one at the 2007 American Cup. She won the 8th season of the dance competition, Dancing with the Stars. Shawn was born on January 19, 1992 as Shawn Machel Johnson in Des Moines, Iowa, the only child of Doug and Teri Johnson. On July 24, 2015, Shawn got engaged to Kansas City Chiefs linebacker Andrew East, and married on April 16, 2016. 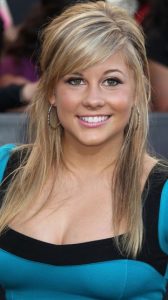 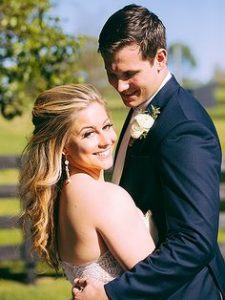 Shawn Johnson Facts:
*She’s an only child.
*She became a member of the U.S. senior team in 2007.
*She was named the Best Female U.S. Olympian at the ESPY Awards in 2009.
*The online poll commissioned by the Forbes magazine declared Shawn as America’s Most-Liked Sports Figure for 2009.
*Follow her on Twitter, Facebook, YouTube, and Instagram.