Sheena Easton is a Scottish singer, songwriter, and actress who released her debut album Take My Time in 1980, after its single “Morning Train – (9 to 5)” reached number one on the Billboard Hot 100 in 1981. Easton’s other notable hit songs include “For Your Eyes Only,” “Strut,” “Sugar Walls,” “U Got the Look,” “The Arms of Orion,” “The Lover in Me”, “What Comes Naturally,” “We’ve Got Tonight,” and “Telefone (Long Distance Love Affair).” A six-time Grammy nominee in the US, Sheena is a two-time Grammy Award winner, winning Best New Artist in 1982 and Best Mexican-American Performance in 1985, for her duet with Luis Miguel on the song “Me Gustas Tal Como Eres”. She became the first and only recording artist in Billboard history to have a top 5 hit on each of Billboard’s primary singles charts: “Morning Train (Nine to Five)”, “We’ve Got Tonight” with Kenny Rogers, and “Sugar Walls”. 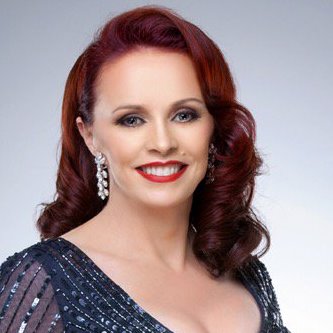 Sheena Easton Facts:
*She was born on April 27, 1959 in Bellshill, United Kingdom to Annie and steel mill labourer Alex Orr.
*The youngest of six children, Easton has two brothers, Robert and Alex, and three sisters, Marilyn, Anessa, and Morag.
*Her father died in 1969 and her mother had to support the family.
*She was inspired to pursue singing by Barbra Streisand’s movie The Way We Were.
*She became one of the most successful British female performers of the 1980s.
*She has received five US Gold albums and one US Platinum album.
*She has dual citizenship of British and American.
*She is good friends with Debra Winger.
*She was married to Sandi Easton in 1979, Robert Light from 1985 to 1986, Tim Delarm from 1997 to 1998, and John Minoli from 2002 to 2003.
*She has two adopted children: Jake Rion Cousins Easton and Skylar Easton.
*Visit her official website: www.sheenaeaston.com
*Follow her on Facebook and YouTube.