Wutt Hmone Shwe Yi is a two-time Myanmar Academy Award winning Burmese film actress and model. One of the highest-paid actresses in Myanmar, Shwe Yi is considered one of the most commercially successful actresses in Burmese cinemas. She won her first Myanmar Academy Award for Best Actress in 2013 with the film As U Like, achieved her second award for Best Supporting Actress in 2014 with the film Made in Heart. Her other notable film appearances include: The Only Mom, Hero, La Yaung Phyar Tae Inlay Mhar, A Ywal Thone Parr Chit Tat Thee, Kyun, Jone Jone Jat Jat, Yan Thu, Kiss Like Wine, Mingalar Katin, and Lu Gyi Min Khin Byar. In 2013, Myanmar Times named her as one of the 50 Outstanding Myanmar Women. 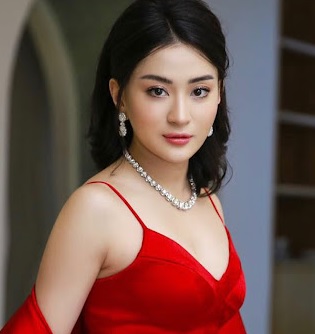 Wutt Hmone Shwe Yi Facts:
*She was born on August 10, 1988 in Mogok, Myanmar (Burma).
*She is of Shan descent.
*She has a younger sister named Nadi Shwe Yi.
*She is the cousin of Myanmar model and actress Phway Phway.
*She attended high school at the BEHS 2 Kamayut (St.Augustine) and graduated from Dagon University with a degree in English.
*She started her acting with advertisements in 2005.
*She was named a brand ambassador for Huawei Company in 2014.
*Follow her on Instagram.