Shirley Ballas is a British ballroom dancer, dance teacher, and dance adjudicator who specialises in the International Latin division, where she won several championship titles which earned her the nickname The Queen of Latin. In 2017, Ballas became the head judge on the BBC TV show, Strictly Come Dancing following the departure of Len Goodman. Born Shirley Annette Rich on September 6, 1960 in Wallasey, United Kingdom, to parents Audrey and George Rich, she has a brother named David. Her father left the family when Shirley was just two years old. She was married to Samuel Francis John Stopford from 1980 to 1984 and Corky Ballas from 1985 to 2007. 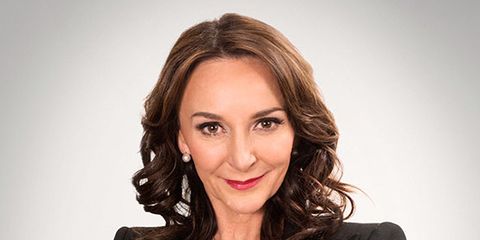 Books: Behind the Sequins: My Life

Shirley Ballas Facts:
*She was born on September 6, 1960 in Wallasey, United Kingdom.
*She started dancing at age 7, and began performing competitively at 8.
*With Sammy Stopford she won the 1983 International Latin American Dance Championship. They also finished second in several World Latin Dance Championships in the 1980s.
*She won the 1995 competition with her husband at the time, Corky Ballas.
*She has appeared on Dancing with the Stars, giving master classes and commentating on the show.
*Follow her on Twitter, Facebook and Instagram.