Shubhankar Sharma is an Indian professional golfer who recorded his first tour win in the Joburg Open in December 2017, and followed this with a second win at the Maybank Championship in February 2018. Turning professional in 2013, Sharma played on the Asian Development Tour in 2014. He also finished fourth in the Panasonic Open India, a 2014 Asian Tour event. Born on July 21, 1996 in Jhansi, India, to parents Neena and Mohan Lal Sharma, he started playing golf at age 7. He was educated at Bal Bhavan School, Bhopal. 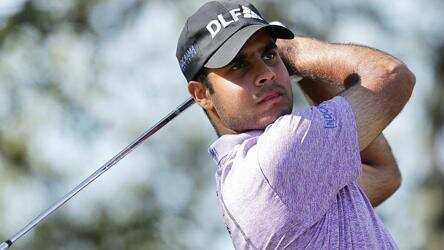 Shubhankar Sharma Facts:
*He was born on July 21, 1996 in Jhansi, India.
*His father is a former Colonel in the Indian Army.
*He started playing golf when he was just 7 years old.
*He turned professional in 2013.
*He finished fourth in the Panasonic Open India, a 2014 Asian Tour event.
*He played primarily on the Asian Tour from 2015 to 2017.
*He became the youngest Indian to win on the European Tour – by more than six years – when he claimed the tri-sanctioned Joburg Open title in December 2017 at age 21.
*Follow him on Twitter and Instagram.