Sido is a German rapper who released his breakthrough debut album Maske in 2004. The best-known single from that album, “Mein Block”, reached #13 on the German charts, the second single “Fuffies im Club” (€50 notes in the club) reached #18 and the third single “Mama ist stolz” (Mum is proud) reached #25. Currently, Sido is signed to Urban/Universal Music Group. Born Paul Hartmut Würdig on November 30, 1980 in Prenzlauer Berg, Berlin, Germany, to a German father and a Sinti mother, he has a younger sister named Claudia. He attended the Bettina-von-Arnim-Oberschule in Berlin. He began his music career in 1997, as one half of duo Royal TS (now A.i.d.S) with B-Tight, both of whom were later signed to the label Berlin hip hop Royal Bunker and then to Aggro Berlin in 2001. In 2012, he married German TV presenter Charlotte Engelhardt with whom he had a son in 2013. He also has a son with former girlfriend Doreen Steinert. 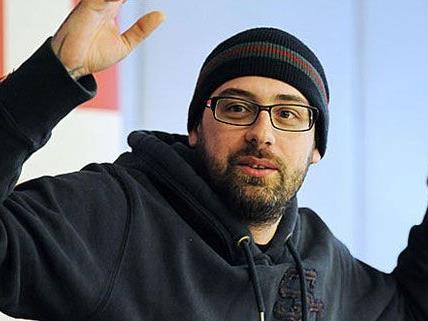 Sido Facts:
*He was born on November 30, 1980 in Prenzlauer Berg, Berlin, Germany.
*He is the second cousin of the German DSDS participant Menowin Fröhlich.
*Sido and his best friend B-Tight he released several EPs and demos under the name Royal TS, which were never officially published, at the Berlin underground hip hop label Royal Bunker.
*On 27 December 2006, he ranked #3 in a survey by German network ProSieben searching the “100 most annoying Germans in 2006”.
*He released his autobiography ‘Ich will mein Lied zurück’ in November 2006.
*He began dating former Nu Pagadi lead singer Doreen Steinert in mid-2005 and they became engaged on 14 February 2010. They broke off their engagement in April 2012.
*In 2012, he began dating Charlotte Engelhardt.
*He suffers from psoriasis.
*Visit his official website: www.sido.de
*Follow him on Twitter, YouTube, Facebook and Instagram.