Sienna Guillory is an English actress and former model who portrayed the role of Jill Valentine in the Resident Evil action-horror film series. She is also known for her portrayal of elf princess Arya Dröttningu in the fantasy-adventure film Eragon, and for her title role in the TV miniseries Helen of Troy. Guillory played Emma in the 2002 American science fiction film The Time Machine, and starred in several television series such as Luther, Fortitude, and Stan Lee’s Lucky Man. 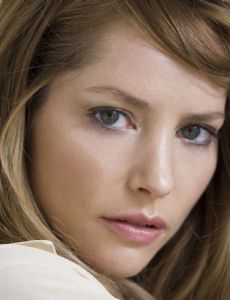 Born Sienna Tiggy Guillory on March 16, 1975 in Kettering, United Kingdom, she is the daughter of American folk guitarist Isaac Guillory and Tina Thompson, an English model. Her parents divorced when she was fourteen years old. Guillory was educated at Gresham’s School, Holt, Norfolk, England and appeared in school plays. She made her acting debut at age 18 in the 1993 TV movie Riders, and appeared in campaigns for such high profile companies as Armani and Dolce & Gabbana, as well as gracing many magazine covers. She has been married to Enzo Cilenti since August 17, 2002. They have twin daughters together. She was previously married to Nick Moran.

Sienna Guillory Facts:
*Born on March 16, 1975 in Kettering, United Kingdom, she has a half-brother named Jace.
*She was fourteen years old when her parents divorced.
*Her father died of cancer at the age of 53 in December 2000.
*She was ranked #89 in Maxim’s “100 Sexiest Women” in 2002.
*She is fluent in both English and Spanish.
*She is good friends with Sarah Michelle Gellar.
*Follow her on Twitter and Instagram.