Sloane Stephens is an American professional tennis player who achieved a career-high singles ranking of World No. 3 on July 16, 2018. Turning professional in 2009, Stephens was the 2017 US Open champion, and has won six WTA singles titles in total. 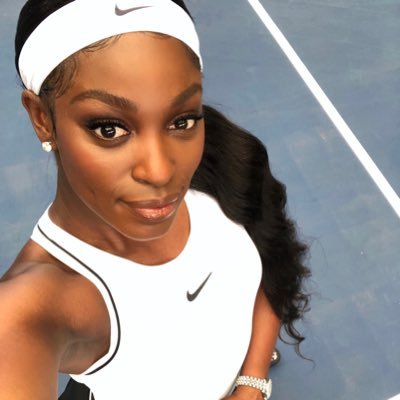 Born on March 20, 1993 in Plantation, Florida, to athletic parents John Stephens and Sybil Smith, her younger half-brother’s name is Shawn Farrell. Stephens was first introduced to tennis by her mother and stepfather. Stephens rose to prominence at the 2013 Australian Open with a semifinal run highlighted by an upset of then-world No. 3 Serena Williams. She got engaged to soccer player Jozy Altidore in April 2019.

Sloane Stephens Facts:
*She was born on March 20, 1993 in Plantation, Florida, USA.
*She began playing tennis at the Sierra Sport and Racquet Club in Fresno, California, when she was 9 years old.
*She was the Women’s Singles champion at the 2017 US Open and runner-up at the 2018 French Open and 2018 WTA Finals.
*She achieved a career-best ranking of No. 3 in the world after Wimbledon in 2018.
*Visit her official website: www.sloanestephens.com
*Follow her on Twitter, Facebook and Instagram.