Emre Mor is a professional footballer who plays for Spanish club Celta Vigo and the Turkey national team as a winger or a forward. Having played for Denmark internationally at youth level to the under-19s, Mor represented Turkey at the UEFA Euro 2016. 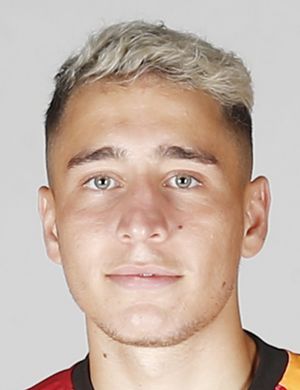 Born on July 24, 1997 in Brønshøj, Copenhagen, Denmark, to parents Güzela Bekirov and Ersoy Mor, he has a brother named Hüseyin. He represented Denmark in their U17, U18, and U19 teams, and made his senior debut for Turkey against Montenegro in Antalya in May 2016.

Emre Mor Facts:
*He was born on July 24, 1997 in Brønshøj, Copenhagen, Denmark.
*His father is Turkish and his mother is Macedonian.
*He represented Denmark in their U17, U18, and U19 teams.
*He moved to FC Nordsjaelland on January 31, 2015.
*He signed for Spanish club Celta Vigo for €13 million in August 2017.
*He is a huge fan of Turkish sports team Galatasaray.
*He has been described as “Turkish Messi” because of his play style which reminds everyone of the Argentinean superstar Lionel Messi.
*He has dual Danish and Turkish citizenship.
*Despite his heritage, he can’t speak Turkish.
*Follow him on Twitter, Facebook and Instagram.