American actress and singer who first appeared on television as a guest star on the Disney Channel series Austin & Ally in 2014. Carson is best known for her starring role as Evie in the 2015 Disney Channel Original film Descendants. She later reprised her role in Descendants 2 and Descendants 3. Other notable acting roles include Lola Perez in Adventures in Babysitting, Ava Jalali in Pretty Little Liars: The Perfectionists, Melanie Sanchez in Tini: The Movie, Tessa in A Cinderella Story: If the Shoe Fits, and April Dibrina in Feel the Beat. As a singer, Carson debuted in 2015 with the soundtrack album Descendants, and released the single “Rotten to the Core”. She signed to Hollywood Records in 2016, and released her debut single “Love Is the Name”. Born Sofía Daccarett Char on April 10, 1993 in Fort Lauderdale, Florida, to parents Laura Char Carson and José F. Daccarett, she has a younger sister named Paulina. She attended St. Hugh School and graduated from Carrollton School of the Sacred Heart in Miami. Following her high school graduation, Carson attended the University of California, Los Angeles (UCLA) where she majored in communications with a minor in French. 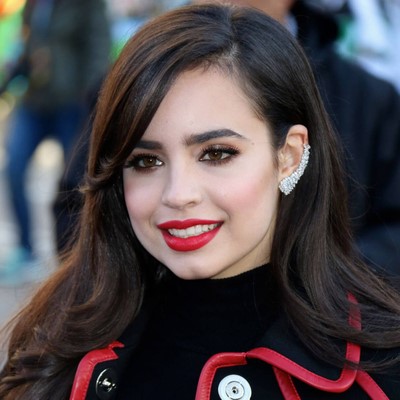 Sofia Carson Facts:
*She was born on April 10, 1993 in Fort Lauderdale, Florida, USA.
*Her parents are Laura Carson and Jose Daccarett.
*She is the granddaughter of Lauraine Carson.
*She started her musical career in 2015.
*She was named the host of the 2019 ARDYs.
*She is fluent in English, Spanish and French.
*She is friends with singer Becky G.
*Visit her official website: www.sofiacarson.com
*Follow her on Twitter, YouTube, Facebook and Instagram.