Sonia Todd is an Australian actress. She is best known for television roles as Sgt. Georgia Rattray on Police Rescue, Meg Fountain on McLeod’s Daughters and Gina Austin on the soap opera Home and Away. She also played Detective Sergeant Louise Bradshaw in season three of the Australian police procedural Water Rats. 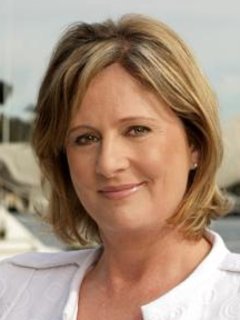 Born on January 1, 1959 in Adelaide, Australia, Todd graduated from the National Institute of Dramatic Art (NIDA) in 1985 with actress Catherine McClements and director Baz Luhrmann. She is married to Rhett Walton. She has two sons named Lewis and Sean, the first from a previous relationship.

Sonia Todd Facts:
*She was born on January 1, 1959 in Adelaide, Australia.
*She trained as a classical ballet dancer for 16 years.
*She portrayed Georgia Rattray in the television series Police Rescue, for which she won for an AFI Award in 1991.
*In 2009, she joined the cast of Seven Network drama series Home and Away in the regular role of Gina Austin.