Sooyoung is a South Korean singer-songwriter and actress, best known as a member of SM Entertainment’s girl group Girls’ Generation, one of the best-selling artists in South Korea and one of South Korea’s most popular girl groups worldwide. Apart from her group’s activities, Sooyoung has acted in several television dramas such as The Third Hospital, Dating Agency: Cyrano, My Spring Days, Squad 38, Man in the Kitchen, and Tell Me What You Saw. Born Choi Soo-young on February 10, 1990 in Cheongdam-dong, Seoul, South Korea, to parents Moon Sohee and Choi Jungnam, her older sister, Choi Soo-jin, is a musical theatre actress. Sooyoung was discovered at age 12 after winning the 2002 Korea-Japan Ultra Idol Duo Audition. In 2013, Sooyoung began dating actor Jung Kyung-ho. 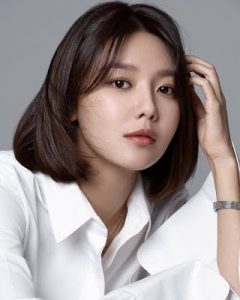 Sooyoung Facts:
*She was born on February 10, 1990 in Cheongdam-dong, Seoul, South Korea.
*Her parents are Moon Sohee and Choi Jungnam.
*She is the younger sister of Choi Soo-jin, who is a musical theatre actress
*She was a member of the short-lived Korean-Japanese singing duo Route 0 during 2002 in Japan.
*She debuted as a member of girl group Girls’ Generation in August 2007.
*She is fluent in Japanese.
*Follow her on Instagram.