Stanley Kubrick was an American film director, screenwriter, and producer, widely regarded as one of the greatest and most influential filmmakers in the history of cinema. He is best remembered by the public for his movies like ‘The Shining,’ ‘2001: A Space Odyssey,’ ‘Lolita,’ ‘Dr. Strangelove,’ ‘Full Metal Jacket,’ ‘Spartacus,’ ‘Eyes Wide Shut,’ ‘A Clockwork Orange,’ and ‘Full Metal Jacket.’ Born on July 26, 1928 in Manhattan, New York City, to a Jewish parents, Sadie Gertrude and Jacob Leonard Kubrick, he grew up in the Bronx. He had a younger sister, Barbara. He attended William Howard Taft High School from 1941 to 1945. He used to work as a photographer for Look magazine before exploring filmmaking in the 1950s. He was married to German actress and dancer Christiane Harlan, until his death. They had two children: Vivian and Anya Kubrick. He died in England on March 7, 1999. 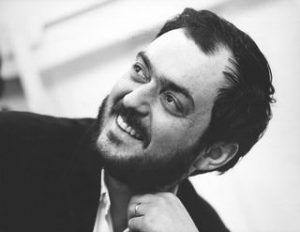 Stanley Kubrick Facts:
*He was born in Manhattan, New York City and was raised in the Bronx, New York City.
*His father was a doctor and his mother was a housewife.
*One of his favorite films was David Lynch’s 1977 film Eraserhead.
*He was ranked #4 in Empire (UK) magazine’s “The Greatest directors ever!” in 2005.
*He was a big fan of the New York Yankees.
*He was a close friend of Steven Spielberg.