Steve Carell is an American actor, best known for his role as boss Michael Scott on the NBC sitcom The Office, on which he also worked as an occasional producer, writer and director. Carell has also starred in such comedy films as Anchorman: The Legend of Ron Burgundy and its 2013 sequel Anchorman 2: The Legend Continues, The 40-Year-Old Virgin, Evan Almighty, Get Smart, Crazy, Stupid, Love, The Incredible Burt Wonderstone and The Way, Way Back. He has also done voice work in Over the Hedge, Horton Hears a Who! and the Despicable Me franchise. 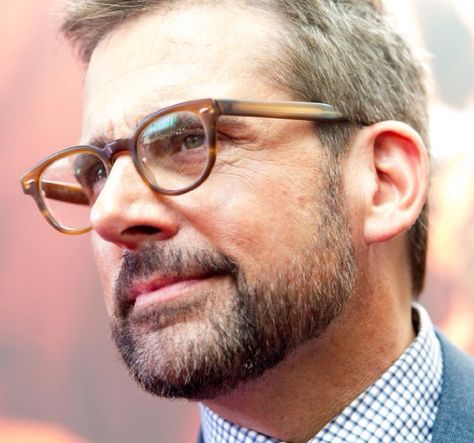 Born Steven John Carell on August 16, 1963 in Emerson Hospital, Concord, Massachusetts, to parents Harriet Theresa and Edwin A. Carell, he has three older brothers. He is of Italian and German descent on his father’s side and has Polish ancestry on his mother’s side. Carell attended The Fenn School, an all-boys private school in Concord, Massachusetts and Middlesex School in Concord. He received a degree in history from Denison University in Granville, Ohio in 1984. He is married to actress/writer Nancy Carell with whom he has two children: Elisabeth Anne Carell and John Carell.

Steve Carell Facts:
*Born on August 16, 1963 in Emerson Hospital, Concord, Massachusetts, he grew up with three older brothers.
*He was active in sports like ice hockey and lacrosse in high school.
*He worked as a mail carrier before joining a children’s theater company.
*He made his film debut as “Tesio” in Curly Sue (1991).
*He was a correspondent on The Daily Show with Jon Stewart from 1999 to 2005.
*He played Michael Scott in the NBC television comedy series The Office from 2005 to 2011 and 2013.
*He was recognized as “America’s Funniest Man” by Life magazine.
*He is good friends with fellow former The Daily Show correspondent Stephen Colbert.
*He and Jim Carrey were both ice hockey goalies in their childhood.
*He received a star on the Hollywood Walk of Fame at 6708 Hollywood Boulevard in Hollywood, California on January 6, 2016.
*Follow him on Twitter.