Eric Dane is an American actor. He is best known for his portrayal of Dr. Mark Sloan (McSteamy) on the ABC medical drama television series Grey’s Anatomy, and for his role as Captain Tom Chandler on the post-apocalyptic drama The Last Ship. He has also played prominent roles in the films Marley & Me, Valentine’s Day, and Burlesque. In 2019, Dane began starring as Cal Jacobs in the HBO series, Euphoria. 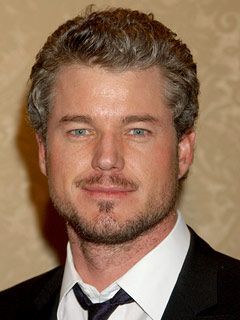 Born on November 9, 1972 in San Francisco, California, his father died of a gunshot wound when Dane was just seven years old. He was educated at Sequoia High School in Redwood City, California, and San Mateo High School in San Mateo, California. He married fashion model and actress Rebecca Gayheart in 2004, and the couple welcomed their first daughter in 2010 and their second daughter in 2011 before divorcing in 2018.

Eric Dane Facts:
*Born on November 9, 1972 in San Francisco, California, his ancestry includes English, German, Finnish, Russian Jewish, and Austrian Jewish.
*He was an athlete in high school, playing on the boys’ varsity water polo team.
*He pursued a career in acting after appearing in a school production of Arthur Miller’s All My Sons.
*From 2006 to 2012, Dane starred as Dr. Mark Sloan on the ABC television medical drama Grey’s Anatomy.
*He is best friends with Balthazar Getty and is the godfather of Getty’s son, Cassius.
*Follow him on Twitter, Facebook and Instagram.