Academy Award-winning American filmmaker whose notable film credits include Jaws, The Color Purple, E.T., Schindler’s List, Jurassic Park, Catch Me If You Can, Lincoln and Bridge of Spies. One of the greatest and most commercially successful directors in Hollywood history, Spielberg is the recipient of various accolades, including two Academy Awards for Best Director, a Kennedy Center honor, and a Cecil B. DeMille Award. 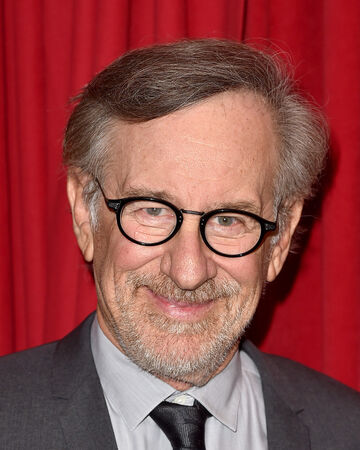 Spielberg was born Steven Allan Spielberg on December 18, 1946 in Cincinnati, Ohio, to parents Leah Frances (Posner), a concert pianist and restaurateur, and Arnold Spielberg, an electrical engineer who worked in computer development. He studied at Saratoga High School, and went to California State University, Long Beach. He married Kate Capshaw in October 1991. He was previously married to Amy Irving. He has six children named Mikaela, Max, Sawyer, Sasha, Destry and Theo.

He is a supporter of the Democratic Party. In 1996, he donated $100,000 to the Party. He also favored Hillary Clinton to Donald Trump in the 2016 Presidential Election.

Spielberg was voted #11 Greatest Director of all time by Entertainment Weekly.

Spielberg’s paternal grandparents were Jews from Ukraine, who settled in Cincinnati in the 1900s; his grandmother was from Sudylkiv, and his grandfather was from Kamianets-Podilskyi.

Steven Spielberg Facts:
*Born on December 18, 1946 in Cincinnati, Ohio, he grew up in Phoenix, Arizona.
*Both of his parents were born to Russian Jewish immigrant families.
*His father served in World War II in South East Asian Front.
*He began his career in the New Hollywood era, and became one of the youngest television directors for Universal in the late 1960s.
*He received the Academy Award for Best Director for the films Schindler’s List and Saving Private Ryan.
*He ranked #1 in Empire (UK) magazine’s “The Greatest directors ever!” in 2005.
*He is the godfather of Gwyneth Paltrow and Drew Barrymore.
*He is a fan of video games and says that their development is intriguing to him.
*He is good friends with Tom Cruise, Kirk Douglas, Robin Williams, Sally Fields, and Harrison Ford.
*Visit his official website: www.amblin.com/steven-spielberg