Taraneh Alidoosti is an Iranian actress who has worked with such prominent filmmakers as Rasoul Sadr Ameli, Varouj Karim Masihi and Asghar Farhadi. One of the most successful actresses in Iran, Alidoosti is best known for her roles in the films Shrinin, About Elly, Doubt, Modest Reception, Tardid, Atom Heart Mother, and The Salesman. She has also appeared in two theater plays, both written and directed by Mohammad Rahmanian. 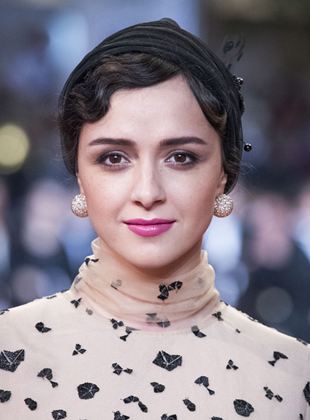 Born on January 12, 1984 in Tehran, Iran, her father, Hamid Alidoosti, is a retired Iranian footballer and now football coach, and her mother, Nadere Hakimelahi, is a sculptor and art tutor. Alidoosti’s only brother, Pouyan, was killed in an accident during the annual Iranian Fire Festival (Chaharshanbe Suri), in March 2005 at the age of 16. She started her career as an actress visiting Amin Tarokh’s acting school in 2000, and landed her first role in the 2002 movie I’m Taraneh, 15. She married Ali Mansour in 2011, and the couple had a daughter named Hana in 2013 before getting divorced in 2016.

Alidoosti’s father, Hamid Alidoosti, is a retired Iranian footballer and now football coach who played for the Iranian club Homa FC for most of his career, and was a member of the Iran national football team in the late 1970s and early 1980s.

Taraneh Alidoosti Facts:
*She was born on January 12, 1984 in Tehran, Iran.
*She made her film debut at age 17 with the leading role in I’m Taraneh, 15 (Rasul Sadr Ameli, 2002).
*She was a member of the jury at the 2014 French Vaughn Film Festival and the 2012 Hanoi Vietnam Film Festival.
*She was voted the best Iranian movie actress of the decade in a poll conducted among 130 film critics by Sanate Cinema magazine.
*Besides her native Persian language, she is also fluent in German and English.
*She is a supporter of feminism.
*Visit her official website: www.taranehalidoosti.com
*Follow her on Twitter and Instagram.