Tamara Ecclestone is a British model, heiress, socialite and television personality. She is the daughter of Formula One billionaire, Bernie Ecclestone. She was the presenter of Sky Sports Italia’s coverage of the 2009 Formula 1 season. She starred in her own reality television show Tamara Ecclestone: Billion $$$ Girl on Channel 5 in 2011. She also worked as a host for Sky Sports and Britain’s Channel 4. She bought the former Spelling mansion in Holmby Hills for $85 million. Born on June 28, 1984 in Milan, Italy, to Croatian former Armani model Slavica Ecclestone and “Formula 1 Supremo” Bernie Ecclestone, she belongs to ‎English and Croatian descent. She is the older sister of British model and heiress Petra Ecclestone. She has one paternal half-sister, Deborah. After graduating from Francis Holland School in London, Ecclestone attended London School of Economics and University College London, but dropped out in order to pursue her career. She has been married to Jay Rutland since June 11, 2013. Together they have one daughter, Sophia Ecclestone-Rutland. 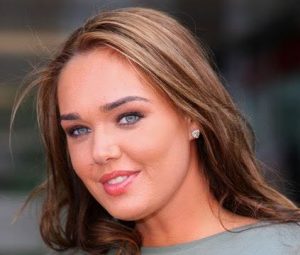 Tamara Ecclestone Facts:
*She was born in Milan, Italy on June 28, 1984.
*She is the daughter of Formula One billionaire, Bernie Ecclestone.
*In May 2013, she posed for Playboy.
*She posed for an anti-fur advertisement for PETA.
*She was once engaged to to Jonathan Ketterman (2002).
*Visit her official website: www.tamaraecclestone.com
*Follow her on Twitter and Instagram.