Tanisha Harper is a Japanese-born American model, actress and television personality who has appeared in editorials for Cosmopolitan, Elle, Vanity Fair, and In Style. She has appeared in adverts and catalogs for companies such as, Ralph Lauren, L’Oréal, Smashbox, MAC Cosmetics, Oscar de la Renta, and Tommy Hilfiger’. Tanisha hosted and co-produced the Verizon Wireless fashion show “Electic Catwalk”. She started her acting career on The Bold and the Beautiful and co-starred as “Stacey” in the film Something New, and starred as series regular on the Fox-produced drama Desire on MyNetworkTV. Born Tanisha Mariko Harper on September 18, 1981 in Tokyo, Japan, she is of Cherokee Native American and African American descent. [© celebsfacts.com] Tanisha was discovered in a shopping mall at the age of fifteen in her hometown of Phoenix, Arizona. She completed her Media Arts degree at 20 years of age, from the University of Arizona. 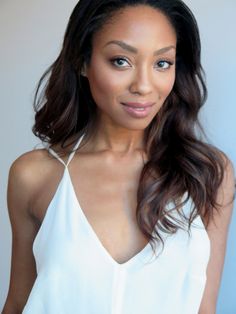 Tanisha Harper Facts:
*She was born on September 18, 1981 in Tokyo, Japan.
*Her parents are Jennifer and Orester Jeremiah Harper, Jr.
*She was the first celebrity profiled on NBC news show “Your LA”.
*She competed as a model in the 6th season of Project Runway.
*She has appeared on the cover of 944 Magazine twice.
*She was interviewed by Katie Couric on The Today Show.
*She was named as a top 4 contestant (out of 5,000 applicants) for the Cosmopolitan Magazine Cover Model search.
*She has appeared on both the Tyra Banks and Oprah Winfrey show.
*She was signed with Ford models for 20 years.
*Follow her on Instagram.