South African supermodel, actress and makeup artist who appeared in a Sports Illustrated Swimsuit Issue in 2003 and in GQ magazine and FHM in the same year. Phoenix was chosen to be a cover girl for German Maxim in 2004 after being named “Who’s That Girl?” at the Woman of the Year German Maxim awards in 2003, and then appeared on the cover of American Maxim the year after. She was ranked #5 in the FHM 100 Sexiest Women in the World poll of South African FHM readers in 2004, #6 in 2005, #10 in 2006, #40 in 2007. In 2011 Phoenix won “IGN’s Sexiest woman of the year”. She has appeared on the cover of South African Cosmopolitan four times, South African and American FHM numerous times, Legacy, Indwe, South African Marie Claire, German and South African Shape and South African GQ magazines, and has frequently been shot for Sports Illustrated Swimsuit Issue. As an actress, she has appeared in Death Race 2, Death Race: Inferno, Gallowwalkers, and Femme Fatales. 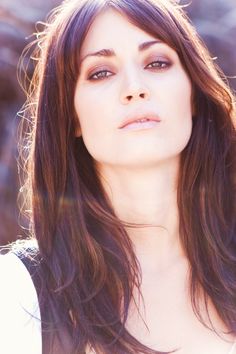 Born on September 24, 1980 in Durban, South Africa, she is of Dutch and Irish descent. Phoenix began studying ballet at age 5 and earned her first modeling contract at age 15. She has been married to Sharlto Copley since February 15, 2016. Together they have one daughter, Sielle Phoenix-Copley.

Tanit Phoenix Facts:
*She was born on September 24, 1980 in Durban, South Africa.
*She was discovered by a modelling scout in her hometown, Westville at the age of 14.
*She was featured in the 2003 Sports Illusrated swimsuit edition
*She appeared on the cover for Maxim South Africa in May 2014.
*A ballet dancer, she practices yoga and muay-tai.
*She is a vegan.
*Follow her on Twitter, Facebook and Instagram.