Tanith Belbin is a Canadian-American ice dancer and Olympic program host for NBC Sports who has competed for the United States since she began skating with Benjamin Agosto in 1998. With Agosto, Belbin is the 2006 Olympic silver medalist, four-time World medalist, three-time Four Continents champion, and five-time U.S. champion. 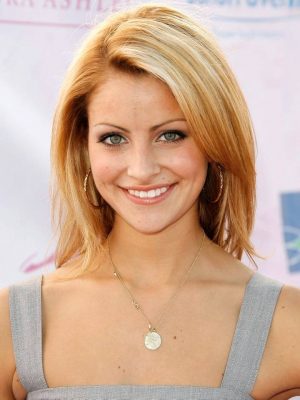 Born Tanith Jessica Louise Belbin on July 11, 1984 in Kingston, Canada, her mother, Michelle Belbin, is a former figure skater, coach, and costume designer, while her father, Charles Belbin, is a public relations manager. She has an older brother named Lucas. Belbin skated in her first ice show when she was just 2 years old. At the age of thirteen, Belbin moved to the Detroit area in the United States and received an immigrant worker visa in 2000. She married Charlie White in April 2015. They have one child.

Tanith Belbin Facts:
*Born on July 11, 1984 in Kingston, Canada, she moved to Montreal when she was 2 years old.
*She began skating when she was almost three and started ice dancing at about eight or nine.
*Her skating partner is Benjamin Agosto.
*Belbin / Agosto won the silver medal at the 2005 World Championships.
*Belbin / Agosto announced their retirement from eligible skating on June 10, 2010.
*She has worked as a commentator for ice dance competitions on Universal Sports Network, the ABC show Skating with the Stars, and for icenetwork.com.
*She has dual citizenship of Canadian and American.
*Follow her on Twitter and Instagram.